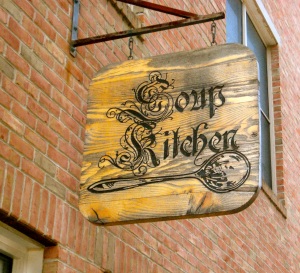 The next feature of Fishtown Spotlights is Soup Kitchen Cafe, located at 2146 East Susquehanna Avenue. This restaurant has become an essential addition to the neighborhood in the last few years. People appreciate the consistently high quality food, friendly staff, and comfortable interior.

Soup Kitchen offers an interesting variety of soups, like Parsnip Parmesan, Watermelon Gazpacho, and Shakshuka, a stew with poached eggs in a tomato chili sauce. Comfort food, gourmet, and cafe fare are all part of the restaurant’s unique sensibility. At the top of the menu you’ll see the words, “Seriously Good Food”, which is no joke. The folks at Soup Kitchen put care and attention into every dish.

Ben Bigler is the owner and creator of Soup Kitchen Cafe. As an entrepreneur he has found creative new ways to make his restaurant a Fishtown favorite. In our interview he talks about his decision to get into the food business, influences on the menu, and special events that keep customers coming back. 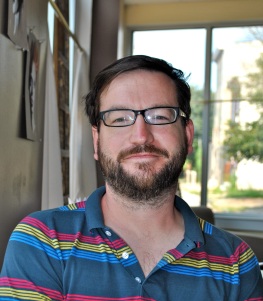 What is your background previous to being a restaurant owner?  I went to school to be an attorney. I worked as a corporate tax attorney for about five years and just got burned out. I ended up being at home for about a year, trying to figure out what I wanted to do, and every night I’d spend a lot of time cooking. It got to the point where I decided that’s what I wanted to pursue. For the most part I like being a restaurant owner better than a tax attorney.

What was the transition like from tax attorney to restaurant owner?      I can get pretty focused on things. I either do things all the way or don’t. I’m not good at moderation. The first year we were open it was just me working here. I worked from six thirty in the morning until nine at night. I was used to working long hours as an attorney, so it didn’t bother me. I thought running a restaurant would require less hours. Of course I eventually realized it doesn’t. In a way it’s more. But for the most part it’s more rewarding. I love when people say they like my food. Sometimes after working a lot I spend a couple hours here during lunch and hear people compliment the food. That keeps me going. I like to make people happy. 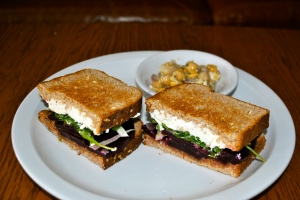 What influenced the menu choices?  The ideas have to start from somewhere. At the beginning there was a lot of influence from different sources on the internet. I love this website, Serious Eats, which has a “Sandwich a Day” feature. They write about different sandwiches across the country. I use a lot of that as inspiration. They have great recipes too. Bon Appetit and Food & Wine have great ideas in them as well. When I was home I learned several techniques I could apply to soup, vegetables, and meat. I prepared a lot of soups for some reason. I made them for my fiancée because she ate lunch at work. I like soup because it offers endless combinations. 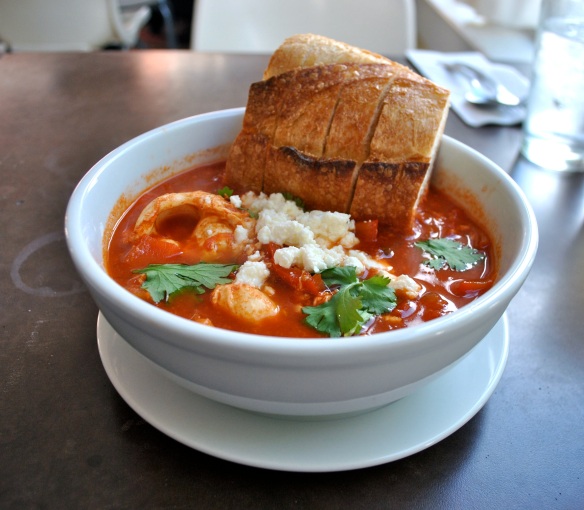 Do you plan on making any future additions to your menu?  We’re currently applying for a liquor license. Our hours at night might expand because that’s when people tend to drink. We’re looking to mostly focus on craft beers. We’re also going to do a small selection of wines, maybe six or seven we find interesting. I have a couple friends that are into wine. I love it, but I can’t say that I’m well versed in it. My friends are, and they’ve introduced me to some wines that I would love to share. In terms of liquor we may have two to three specialty cocktails available, like Bloody Marys on Saturdays.

Is there anything unusual about Soup Kitchen?  It’s kind of funny that we have a walk-in closet for a kitchen. We get a lot of jokes made about that. Also there’s a guy, Steve, who sells us pickles from Zayda’s. He sells to a lot of people around here. The pickles are awesome. He’s a comedian too, and he comes in here and does a comedy sketch sometimes.

What is something unique that Soup Kitchen offers the community?  We enjoy doing big smoker events. We’ll roast a bunch of different meats and make our own bacon. On First Fridays we usually serve tacos. We’re big fans of Mexican food. Our soup especially has a lot of Mexican influence. We also have live music or a DJ on First Fridays. We’ve had some really great local bands play, like Delco Nightingale, a rockabilly outfit. They’re phenomenal. Ricky Radio was also great. We feature new artwork every month, which my fiancée handles. She has an Arts Administration degree and works at the Tyler School of Art at Temple University. She has a couple friends she went to school with who send some really good artists our way. 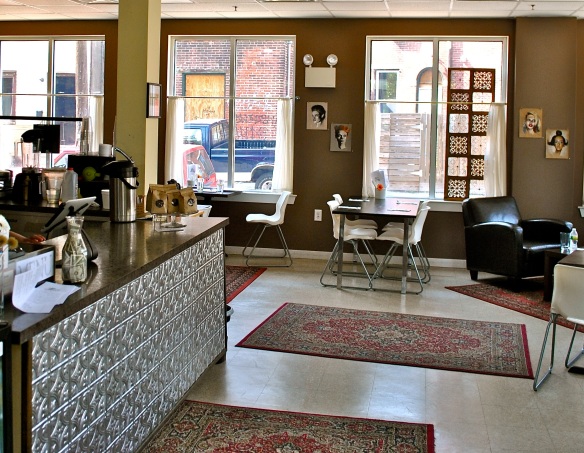 How does your restaurant fit into Fishtown?  There’s a lot of young people here that are interested in good food, or food that’s not a hoagie with thawed meat in it. It’s just something a little different. If they’re artists they might not have a ton of money. Generally we’re just trying to offer homemade food at an affordable price. When I was here for the first year by myself, I’d sit behind the counter all the time. I watched the neighborhood change. There have been a lot of positive influences in the area. We’ve gotten to know it, and it’s really nice to see it growing.

To see the menu visit www.soupkitchencafe.com